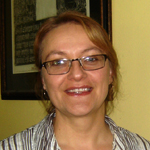 Tanya Huff lives in rural Ontario, Canada with her wife Fiona Patton, two dogs, and, as of last count, nine cats. Her 27 novels and 73 short stories include horror, heroic fantasy, urban fantasy, comedy, and space opera. She's written four essays for Ben Bella's pop culture collections and the occasional book review for the Globe and Mail. Her Blood series was turned into the 22 episode BLOOD TIES and writing episode nine allowed her to finally use her degree in Radio & Television Arts. Her latest novel is THE SILVERED (DAW, November 2012) and her next will be the third Gale girls book, THE FUTURE FALLS. When not writing, she practices her guitar and spends far too much time on line. 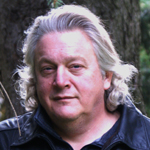 Hayden Trenholm’s stories have appeared in On Spec, TransVersions, Neo-Opsis, Challenging Destiny, Talebones, and on CBC radio. In 2008, he won the Canadian Science Fiction Aurora Award, "Like Water in the Desert." He won a second Aurora in 2011 for his short story, “The Burden of Fire.” His first SF novel, Defining Diana, (Bundoran Press 2008) and sequel, Steel Whispers, (2009) were nominated for Aurora Awards. Stealing Home, (2010) and received an Aurora and a Sunburst Award nomination. He recently edited a collection of short stories called Blood and Water. He is the new owner of Bundoran Press.

Eric Choi is a Toronto-based writer, editor and aerospace engineer. His work has appeared in Rocket Science, The Astronaut from Wyoming and Other Stories, Footprints, Northwest Passages, Space Inc., Tales from the Wonder Zone, Northern Suns, Tesseracts6, Arrowdreams, Science Fiction Age and Asimov’s. With Derwin Mak, he co-edited the Aurora Award winning anthology The Dragon and the Stars, the first collection of speculative fiction by authors of the Chinese diaspora. He is currently co-editing with Ben Bova the new hard SF anthology Carbide Tipped Pens. Please visit his website at www.aerospacewriter.ca.

Oops, you forgot something.

The words you entered did not match the given text. Please try again.